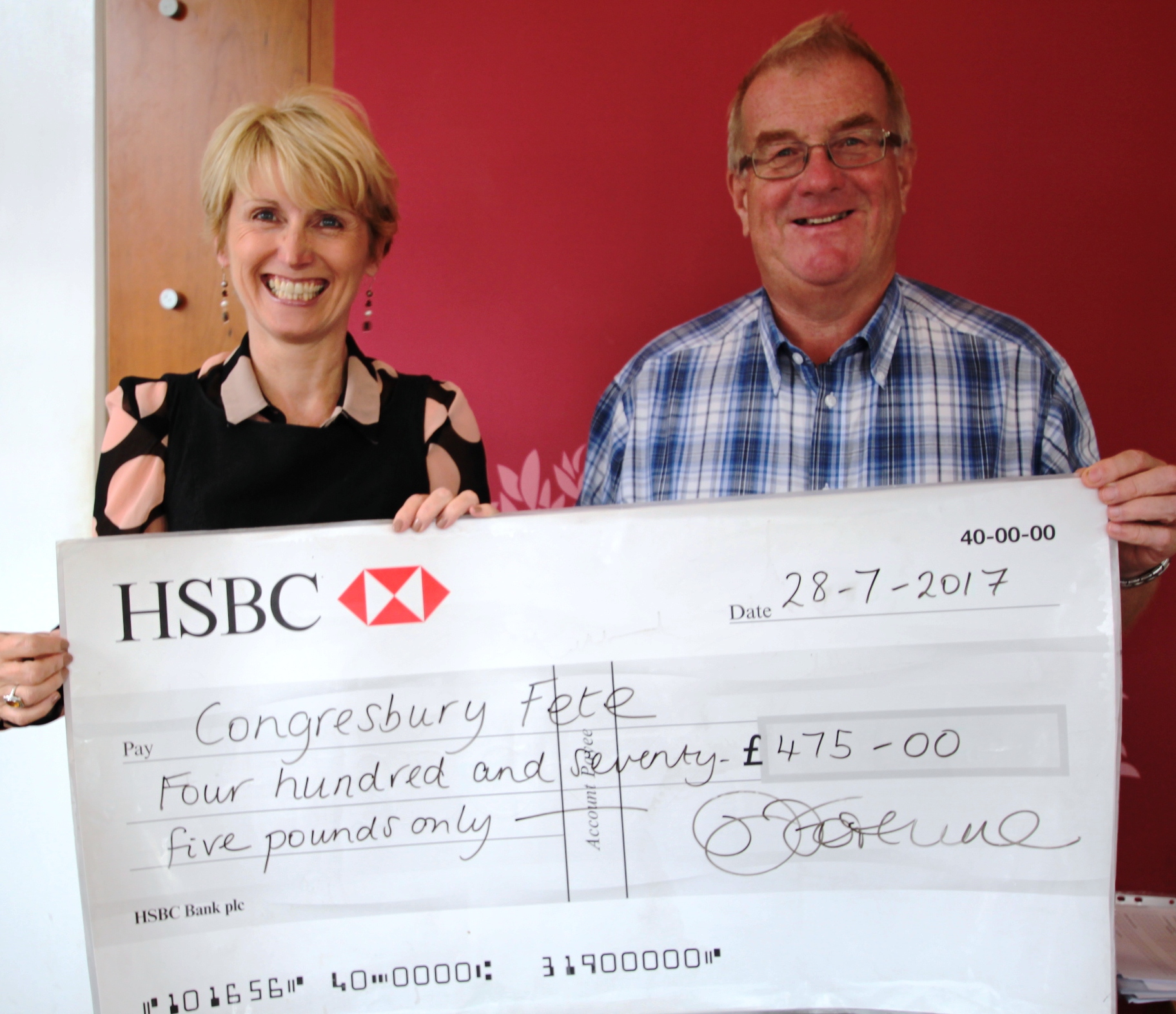 We were delighted to donate £475 to the Congresbury Village Fete this year, which was attended by 1,600 adults and children, according to Richard Jones, who has been organising the event for the past four years. “It was definitely the best one yet,” he commented when he collected Debbie Fortune Estate Agents’ cheque from director Jo Woolley. “The total amount raised will be over £2,000 and the money will enable a play mat to be purchased for Rascals Baby & Toddler Group which meets in the Old School Rooms and provides meetings for parents, carers, babies and toddlers with activities and singing; and also, the purchase of ‘Messy Tables’ for Congresbury Community Pre-school’s use!”

STOP PRESS! Debbie Fortune’s real-life office mascot Reggie won a prize in the fun dog show on the day and since then has been filmed in a scene for Doc Martin, so watch out for him in the next series!