Is it the start of the pendulum swinging back in 2018? 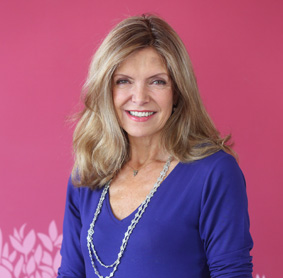 After a slump in residential transactions in 2017, could new official figures indicate the start of the pendulum swinging back in the other direction in 2018?

Award-winning estate and letting agent, Debbie Fortune , trading as Debbie Fortune Estate Agents, with three independent offices covering the sale and rental of property in North Somerset, the Yeo Valley, the Wrington Vale, the Chew Valley, Somerset and The Mendips, reviews the property market in 2017 , where the south-west saw property prices rise by over 7%, and looks forward to 2018.

She comments, “The most recent numbers from the Land Registry, released as part of its December House Price Index, show that the number of property transactions completed in the UK decreased by 8.5% year on year in October 2017 to 83,740.

“Despite the fact that transactions continued to fall across the majority of the country towards the end of the autumn, Debbie Fortune, like many of her professional colleagues can now see reasons to be cheerful.”

She adds: “The rather unexpected and buoyant end to 2017, rather like the mini-boom we experienced in 2010, following the earlier property crash, has laid the groundwork for a brisk start to 2018.’

“There are two things that have probably helped this, one is December’s subtle improvement in sentiment around Britain’s economic prospects and GDP and the second is the speculation that this improvement will encourage interest rate rises and end the era of cheap finance sooner than expected.’

“Combined together , these forces have prompted a number of would-be buyers to get off the fence and commit to moving in 2018 and we have seen a large increase in new buyers contacting us, particularly those moving out of Bristol into the country area south of Bristol, looking for good schools and a more rural setting to bring up their family.’

“As a result, the market dynamics are shifting. Whereas in 2017 constrained demand allowed the limited number of buyers to make all the running, this year the pendulum appears to be swinging back to create a more balanced market, and in 2018 the most important aspect in selling your home will be pricing it sensibly and choosing the right agent.

“That's where you need the experts, who have the experience to provide you, the seller, with all the information and relevant advice so that your home hits the market just right, is marketed in an appropriate way and sells at the best possible price and within your desired timescale.

“There really is no substitute for knowledge,” she says; “and that’s where I am confident that the teams at our three country offices, with their combined decades of experience, represent the best agency standards in the country area south of Bristol.”

Debbie concludes: “So, bearing in mind that the Index shows annual price growth improved in December, we have every reason to be optimistic about 2018, and, as the typical UK property price in December 2017 was reported at £226,756, whilst the South West showed an average property price of £254,081, on balance, we are doing very well in our patch. The only area in the UK that has done better than this is Scotland where a rise of 7.7% to £148,783 was reported in December. London registered the slowest annual growth for 2017, at 2.5% to £484,173 and I believe this to be an adjustment to the meteoric price rises of recent years and the dearth of foreign buyers and buy to let investors.”

Debbie Fortune Estate Agents are a multi-award winning company, handling the sale and rental of property in the Chew Valley, the Yeo Valley, North Somerset, Somerset and The Mendips.