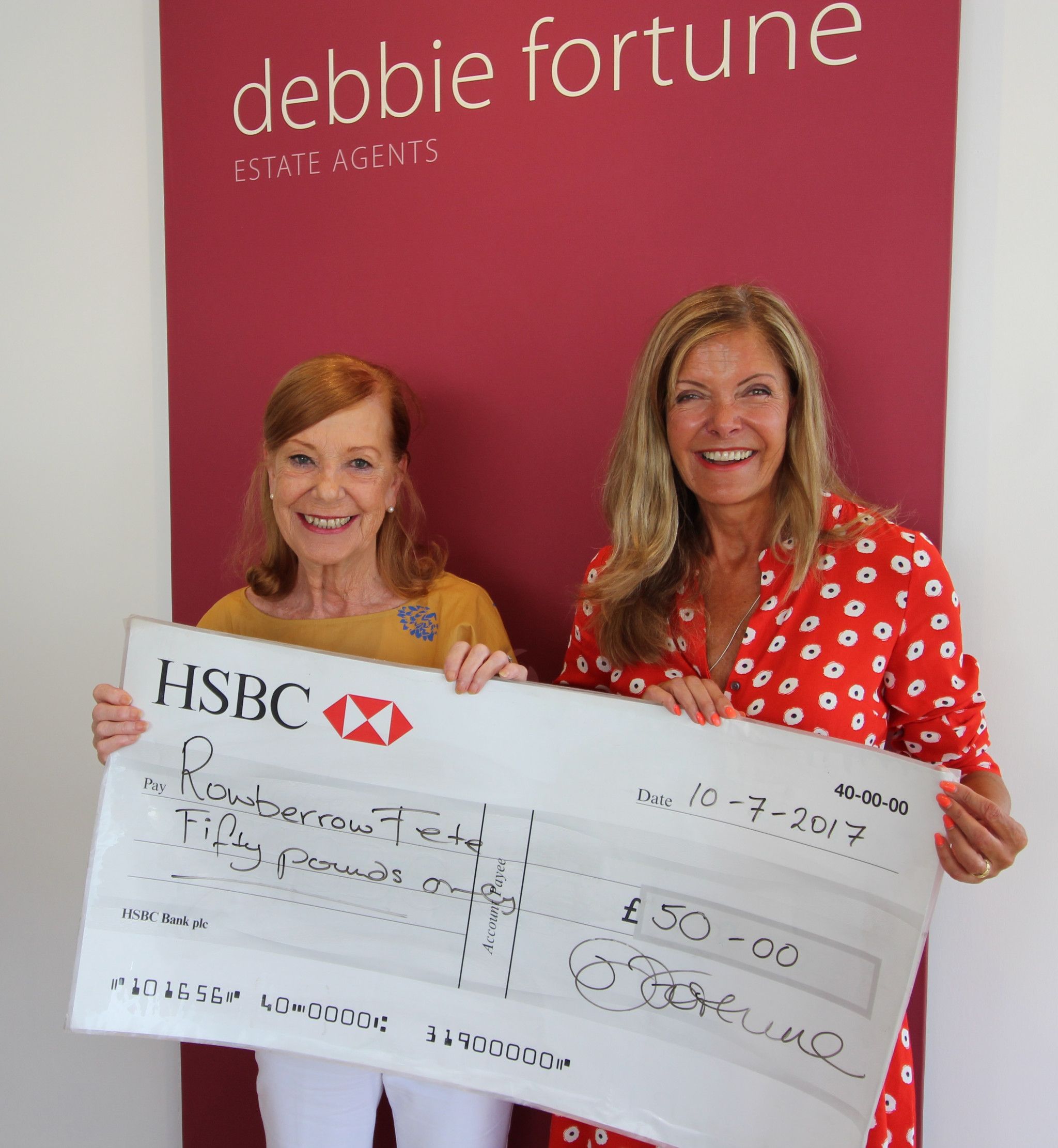 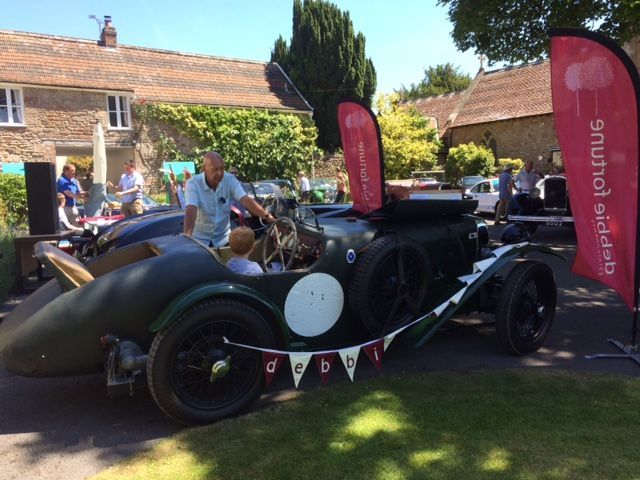 On a scorcher of a day, Rowberrow Village Fete was held in the magnificent setting of Rowberrow Manor, courtesy of Paul and Diana Chedgy. There was a wonderful display of classic cars to enjoy, as well as an exhibition by local artists; floral decorations and local history display in the church of St Michael and All Angels; live music; children’s sports and games; as well as cream teas and homemade cakes. Prizes in the grand draw included a champagne balloon flight, £200 cash, a week in a Cornish cottage, a champagne tea for two at The Wolseley, London; as well as our own Guess the Age of “Ratty”. Ratty, a very rare Alvis car which shares a garage with Wallace, one of our other vintage cars. This classic car was the very first front wheel drive production car and was developed by Alvis in Coventry in the 1920s, mainly for racing. The one which Debbie Fortune Estate Agents use is the Le Mans bodied version from the year they won their class at Le Mans. Luckily, we have all the factory records of this car, and so the competition was set to guess the actual day and month this car was completed at the works. This is a competition is running until the end of the season, and the prize for the correct answer is an Apple iPad. There were also all the usual favourites such as cakes, produce, plants, books, tombola, white elephant stall. We raised a magnificent £50 towards the local church, St Michael and All Angel’s in Rowberrow, and there will be some additional donations to Shipham First School and Shipham Pre-School. The £50 we raised contributed to a total of over £6,500 raised in total.

Diana Chedgy is seen in the photograph at the top of this article receiving her check from Debbie Fortune at our Backwell Office recently.