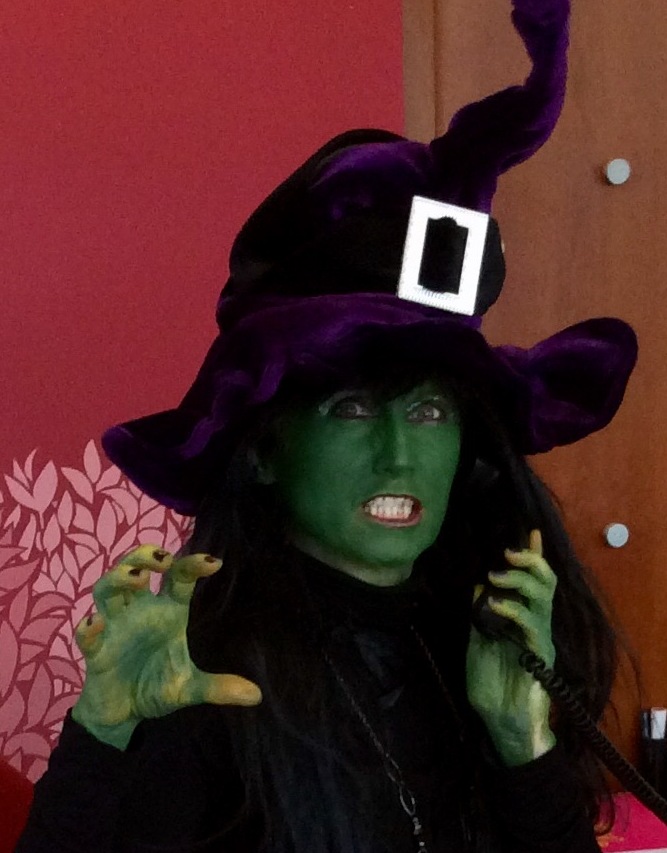 So we've been asking our staff about their spooky Halloween ghost stories, and here's another one of them:

"Many years I was selling quite a big house in a local village which will remain nameless.
The house had a well-documented history back to the 12th century when it was mortgaged to pay the ransom of the owner who was an earl...when he was captured by the French in Aquitaine.
The house was empty and I never felt concerned doing viewings there even though it was reported to be haunted.
It had a lovely atmosphere and was not spooky at all...although parts of it sometimes felt very cold. I simply put that down to the fact that it was shut up and rarely ventilated. I had the only set of keys.
One day I was conducting a viewing and had finished the downstairs, and started to go upstairs.
On the half landing, there was a non-descriptive picture on the wall, we all went past it without a thought.
We finished upstairs and started to go downstairs only to see the picture had been taken off the wall and was standing up on the floor leaning with its face to the wall. Thinking this was a fluke I hung it back up.
A few days later I did another viewing, only to find the picture in exactly the same position on the half landing floor leaning again, face to the wall...something had moved it again.
Needless to say, I left it there! Spooky or what!" - Debbie Fortune

"We have lived in our own 'haunted house' now for over 30 years. The house was only built in the 1970s!
Our “friendly” ghost is that of a small child who first revealed himself to my daughters-in-law when they stayed in our spare room. They experienced someone sitting on the end of their bed; sometimes the television would inexplicitly turn itself on in the middle of the night; the door to the room would open itself; small fingerprints being left on mirrors in all rooms, too small for an adult. Also, our pet dog would sit for hours looking at a particular spot on the ceiling below the spare room!" - Mike Coles

"So I was in one of our large properties a few weeks back, showing two buyers around one after the other. There are apparently multiple ghosts in this property, and it has attracted great attention due to its spooky history from paranormal investigators.

After I had finished with the first one I walked with him through the property, exiting by the main front door. I then stood there waiting for the next buyer. I did not re-enter the property whilst I waited for him, I remained on the porch and took telephone calls until he arrived. I should say at this point that I am a sceptic, I do not believe in ghosts however much as a child I might have wanted too – particularly after first seeing Ghostbusters! Still one of my all-time favourite movies! I believe science will always find a more plausible reason.

When the buyer turned up we had a friendly greeting and then took a walk around the property externally. Once done we started to look inside……….and that is when my blood started to run cold…….

Every door in the place had been shut. The doors are secured open by magnetic plates at the bottom of the door. I have always kept the doors open but found myself having to open and re-secure many of the doors that had magnets on them. Even doors separating parts of the first-floor hallways were shut. Again, if you have been there you will know that it is odd to even want to shut these doors and once again I 100% know I didn’t do it, but cannot explain why they were all shut. It was quite unnerving as I let my mind run wild, whilst trying to present a professional attitude in between touring the murky, dimly lit cellar, to the bat-infested second floor where our little-winged friends take great delight in buzzing past me and our surprised guests!

I left and locked up quicker that day than I have before, and guess I understand now why only Keith and I are doing the viewings!! - Joseph Down