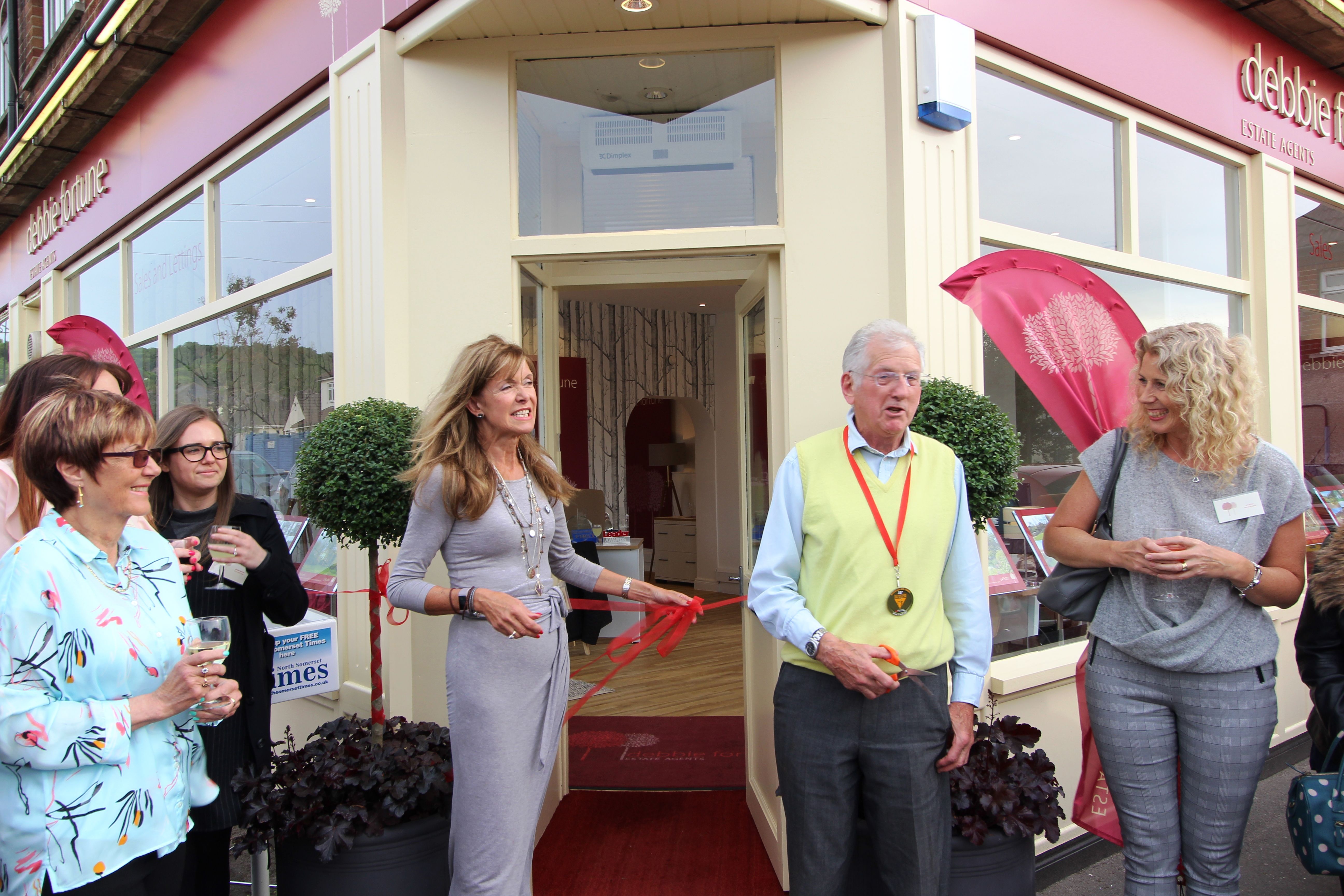 World record holder cuts the tape at the official opening of our Backwell office!

'They were queuing outside the door!' said Debbie, 'I was so touched by how many of our clients, professional contacts, friends and family were able to make it, and the weather was kind to us bathing our wonderful office in evening sunshine.'

'It bears testament to the support we are so lucky to have from our community and the feedback about the office was unanimously positive. In fact one of our guests said to me that if someone was looking for a home south of Bristol they couldn't fail to use us, as our three offices at Wrington, Chew Magna and now Backwell are like a fishing net south of the city...and sustainable too, entirely owned and run by local people!'

Debbie adds, 'We were honoured to have the services of local celebrity, David Exell, and his wife, Trish, attending our event. David is a world record holder, at 75, completing the notorious Marathon Des Sables this April, after breaking a record previously held by Sir Ranulph Fiennes.'

'David, who lives in Wrington, crossed the finish line on Good Friday 2017 after running more than 251 kilometres – which is approximately six marathons – in just six days, and he replaces the famous explorer Sir Ranulph Fiennes, who completed the event aged 71 in 2015, as the oldest man from the UK to complete the race!’

Debbie added, ‘I would like to say a huge thank you to David and everyone who attended, and wish my team at Backwell every success for the future.’